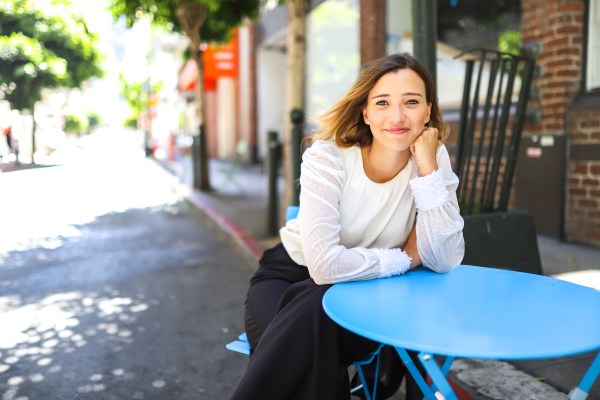 Maricel Saenz, founder and CEO of Compound Foods, is among the over 80% of Americans who love a cup of coffee daily. And she also loves the environment.

However, when the Costa Rican-born entrepreneur, now living in the Bay Area, saw how climate change was affecting coffee growers around the world — coffee is the fifth-most polluting crop in the value chain — she wanted to create a coffee product that tasted good, but was also sustainable.

“Temperatures are rising and combined with erratic rains are leading to lower crop yield,” Saenz told TechCrunch. “The same crop can’t grow in the same place anymore, or it will be a lower quality product. Farmers in Costa Rica are having to sell their land or go higher up the mountain. Experts predict that 50% of farmland will be unsuitable in the next couple of decades.”

Founded in 2020, Compound Foods uses synthetic biology to create coffee without coffee beans by extracting molecules. Saenz said the company spent a lot of time examining what makes coffee, well coffee, and then trying to correlate flavors and aromas in certain ways.

And yes, the company can still call it “coffee” even if it doesn’t contain coffee beans because there is no official regulatory definition, she said.

They use food science to recreate a base formula using sustainable ingredients that also don’t use a lot of water — she said it takes 140 liters of water along the coffee growth chain to make one cup of coffee. The company is also working toward a goal of being able to recreate coffee inspired by flavors that you would get from different areas of the world, like Costa Rica, but also the chocolate notes from a cup of Brazilian coffee.

Saenz intends to use the new funding to improve the formulation and scale up the brand as the company works toward a soft launch by the end of the year.

There are a few competitors in the space doing different technology, including Seattle-based Atomo, which said it makes its coffee from “other fruits and plants that had seeds similar to coffee beans.”

Compound Foods is hiring coffee lovers to help build out its technology and to expand its marketing, product and business teams.

Saenz is clear that the company is not competing with coffee.

“We love coffee and know the farmers, and we are providing an alternative solution,” she added. “We want to recreate it, and even drink it on Mars one day, and we want to bring the coffee farmers and the industry with us on the journey.”

Cover, a modular home builder that’s modeled in ways after…

iOS 16.1 on Your iPhone: All the New Features You Can Try…