Flat.mx, which wants to build a real estate “super app” for Latin America, has closed on a $20 million Series A round of funding.

Anthemis and 500 Startups co-led the investment, which included participation from ALLVP and Expa. Previously, Flat.mx had raised a total $10 million in equity and $25 million in debt. Other backers include Opendoor CEO and CEO and co-founder Eric Wu, Flyhomes’ co-founder and CEO Tushar Garg and Divvy Homes’ co-founder Brian Ma.

Founded in July 2019, Mexico City-based Flat.mx started out with a model similar to that of Opendoor, buying properties, renovating them and then reselling them. That September, the proptech startup had raised one of Mexico’s largest pre-seed rounds to take the Opendoor real estate marketplace model across the Rio Grande.

“The real estate market in Mexico is broken,” said co-founder Bernardo Cordero. “One of the biggest problems is that it takes sellers anywhere from 6 months to 2 years to sell. So we launched the most radical solution we could find to this problem: an instant offer. This product allows homeowners to sell in days instead of months, a fast and convenient experience they can’t find anywhere else.”

Building an instant buyer (ibuyer) in Mexico — and Latin America in general — is a complex endeavor. Unlike in the U.S., Mexico doesn’t have a Multiple Listing Service (MLS). As such, pricing data is not readily available. On top of that, agents are not required to be certified so the whole process of buying and selling a home can be informal.

And since mortgage penetration in Mexico is also low, it can be difficult for buyers to have access to reasonable financing options.

“To build an iBuyer, we had to solve the transaction end-to-end,” said co-founder Victor Noguera. “We had to build the MLS, a third-party marketplace, a contractor marketplace, financial products, broker technology, and a home maintenance provider, along with other services. In other words, we have been building the real estate Superapp for Latam.”

Flat.mx says its certified remodeled properties have gone through a 200+ point inspection and “a full legal review.”

Flat.mx is growing sales by 70% quarter-over-quarter, and has increased its inventory by 10x over the last year, according to its founders. It has also nearly tripled its headcount from 30 at the middle of last year to over 85 today. So far, Flat.mx has conducted thousands of home valuations and over 100 transactions.

The pandemic only helped boost interest.

“Our low touch digital solution was key for having a strong business during the pandemic. We were able to create quick liquidity for sellers at a time in Mexico where it was complicated to sell,” said Cordero. “Our model allows sellers to sell with one visit instead of having to receive over 40 potential buyers at a time where they wanted to sell but also wanted to avoid contact with many buyers.”

The company plans to use its new capital to continue to develop what it describes as a “one-stop shop where homeowners and buyers will be able to get all the services they need in one place.”

The founders believe that rather than just try to tackle one aspect of the homebuying process, it makes more sense in emerging markets to address them all.

“We believe that each one of our products makes the others stronger and creating this ecosystem of products will continue to give us an important advantage in the market,” said Noguera. The startup plans to also use the capital from the round to expand its presence in Mexico for iBuying, and to invest in data and financial products. 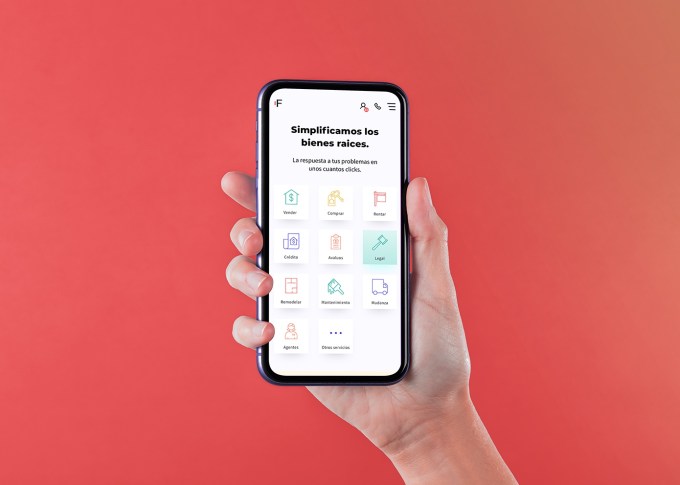 Archie Cochrane, principal investor at Anthemis Group, said his firm views Flat.mx as an integral part of its embedded finance thesis in the context of the Mexican property sector.

“The iBuyer model itself is well understood and developed in many parts of the world, but it is also a complex model with many variables that requires a seasoned and astute team to execute the strategy,” Cochrane wrote via email. “When we met Victor and Bernardo, it was clear that their clarity of vision and deep understanding of the broader opportunity set would allow them to succeed over the long term.

Tim Chae, managing partner at 500 Startups, said he envisions that Flat.mx will become “the go-to route” for buyers, sellers, agents and lenders in Mexican real estate.

“There are nuances and specific problems that are unique to Mexico that Flat.mx has done a great job identifying and solving,” he said.

“Most models replicate successful models from the more mature U.S. proptech space,” he said. “Since we started investing in proptech, we’ve never seen such an innovative approach to seizing a trillion dollar opportunity.”

Latest Tech: Apple says Arizona and Georgia will be first to add state IDs to iPhones

Klarna shows that BNPL growth is not cheap

Injured Amazon Warehouse Workers Get The Runaround Over…

Netflix: 50 of the best TV shows to binge tonight

7 Essential Tips You Need to Know