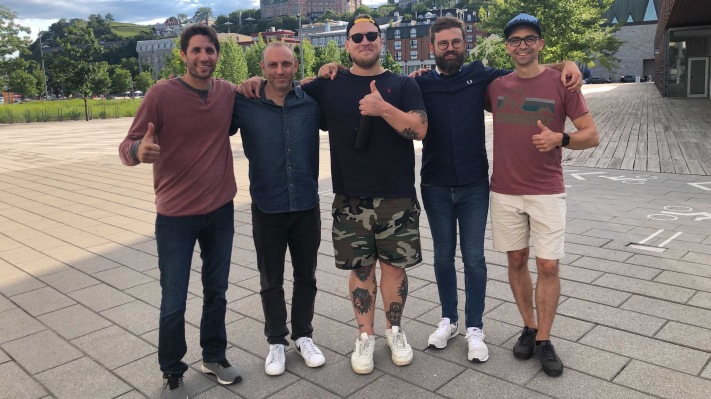 Duda announced Wednesday that it acquired Canada-based Snipcart, a startup that enables businesses to add a shopping cart to their websites.

The acquisition is Palo Alto-based Duda’s first deal, and follows the website development platform’s $50 million Series D round in June that brings its total funding to $100 million to date. Duda co-founder and CEO Itai Sadan declined to comment on the acquisition amount.

Duda, which works with digital agencies and SaaS companies, has approximately 1 million published paying sites, and the acquisition was driven by the company seeing a boost in e-commerce websites as a result of the global pandemic, he told TechCrunch.

This was not just about a technology acquisition for Duda, but also a talented team, Sadan said. The entire Snipcart team of 12 is staying on, including CEO Francois Lanthier Nadeau; the companies will be fully integrated by 2022 and the first collaborative versions will come out.

When he met the Snipcart team, Sadan thought they were “super experienced and held the same values.”

“We share many of the same types of customers, many of which are API-first,” he added. “If our customers need more headless commerce, they can build their own front end using Snipcart. Their customers will benefit from us growing the team — we plan to double it in the next year and roll out more features at a faster pace.”

The global retail e-commerce market is estimated to grow by 50% to $6.3 trillion by 2024, according to Statista. Duda itself has experienced a year over year increase of 265% in e-commerce sites being built on its platform, which Sadan said was what made Snipcart an attractive acquisition to further accelerate and manage its growth that includes over 17,000 customers.

Together, the companies will offer new capabilities, like payment and membership tools inside of the Duda platform. Many of Duda’s customers come with inventory and don’t want to manage it on another e-commerce platform, so Snipcart will be that component for taking their inventory and making it shoppable on the web.

“Everyone is thinking about how to introduce transactions into their websites and web experiences, and that is what we were looking for in an e-commerce platform,” Sadan said.

Nearly one in 10 people admit to using stalkerware, survey…

Amazon Drivers Suffer Injuries at Rate of Almost 1 in 5,…