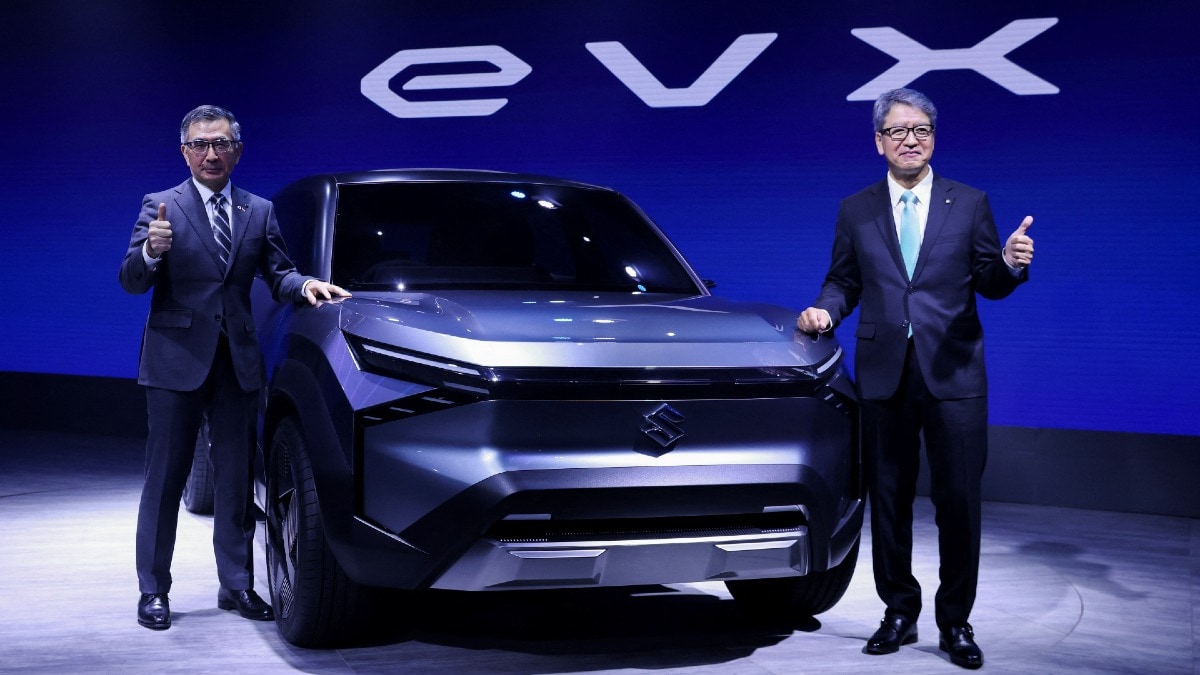 India’s flagship motor show Auto Expo 2023 kicked off on Wednesday with the global unveiling of Suzuki Motor Corporation’s concept electric SUV ‘eVX’ which is slated to hit the market by 2025. The company’s Indian arm Maruti Suzuki India is among the major manufacturers participating in the show that has returned after three years.

The Concept eVX is a mid-size electric SUV concept designed and developed by Suzuki Motor Corporation (SMC), Japan. It will be powered by a 60kWh battery pack offering up to 550 km of driving range on single charge.

“We plan to bring it to market by 2025. At the Suzuki Group, addressing global warming is a priority,” SMC Representative Director and President Toshihiro Suzuki said here at the expo while unveiling the product.

Further, he said, “we are promoting a range of global measures to reduce greenhouse gas emissions generated from our business. One key measure is reducing CO2 emitted by using our products. Here in India, as announced in March last year, we will invest Rs 10,000 crore in the production of BEVs (Battery Electric Vehicles) and their batteries.” Maruti Suzuki is also displaying its range of eco-friendly products such as the WagonR Flex Fuel prototype, Brezza S-CNG, and Grand Vitara Intelligent Electric Hybrid.

“With specific emphasis on Aatmanirbhar Bharat, we have committed ourselves to bring new products, technologies, investments and set up new facilities in India.

He also said that the approach towards electric vehicles is holistic with scale and localisation.

Takeuchi said the Concept eVX is Suzuki’s first global strategic electric vehicle and is making its debut here in India.

“It brings exciting urban SUV styling through its sharp design language and as a battery electric vehicle it purposefully reinforces our commitment to environment friendliness and sustainability,” he added.

In all, Maruti Suzuki is showcasing 16 vehicles at the expo, including the Grand Vitara, XL6, Ciaz, Ertiga, Brezza, WagonR Flex Fuel, Baleno, and Swift, among others.

The biennial auto show that was originally scheduled to be held in 2022 was postponed to this year due to COVID-19. Some major manufacturers such as Mahindra & Mahindra, Skoda, Volkswagen, and Nissan along with luxury car makers like Mercedes-Benz, BMW, and Audi are not participating in this edition.

Also, the visibility of main two-wheeler makers such as Hero MotoCorp, Bajaj Auto, and TVS Motor Company will be restricted to their displays of flex-fuel prototype vehicles at the Ethanol pavilion.

The likes of Maruti Suzuki, Hyundai, Tata Motors, Kia India, Toyota Kirloskar, and MG Motor India will lead the traditional automakers at the show at Greater Noida (Uttar Pradesh) that will witness five global launches, and launching and unveiling of 75 products.

This edition of the expo kicks off with press days on January 11-12 followed by general public days from January 13-18. There is a much larger participation of newer startup players, especially in the electric vehicles segment in this edition.

The app economy slowed for the first time in 2022, with consumer spend down 2% to…

Twitter users in Turkey can now emoji-react to tweets

Bill Nye calls it his ‘mission in life’ to help…