The first developer preview of Android 13 has arrived Right on schedule, Google today announced the first developer release of Android 13. These very early releases, which are only meant for developers and aren’t available through over-the-air updates, typically don’t include too many user-facing changes. That’s true this time as well, but even in this early release, the company is already showing off a few changes that will impact how you’ll use your Android phone.

Unlike with Android 12, Google plans to have two developer releases and then launch a beta in April, a month earlier than in 2021. The final release could come as early as August, based on Google’s roadmap, whereas Android 12 launched in early October.

All of this is happening while Android 12L, the Android release for large-screen devices, is still in development, too, though Google notes that it will bring some of those features to Android 13 as well. These include improved support for tablets, foldables and Android apps on Chromebooks.

One of the most visible changes in Android 13 so far is that Google will bring the dynamic color feature of Material You, which by default takes its cues from your home screen image to all app icons. Developers will have to supply a monochromatic app icon for this to work, which many will hopefully do, because the current mix of themed and un-themed icons doesn’t make for a great look. For now, this will only be available on Pixel devices, though, and Google says it will work with its partners to bring it to more devices. 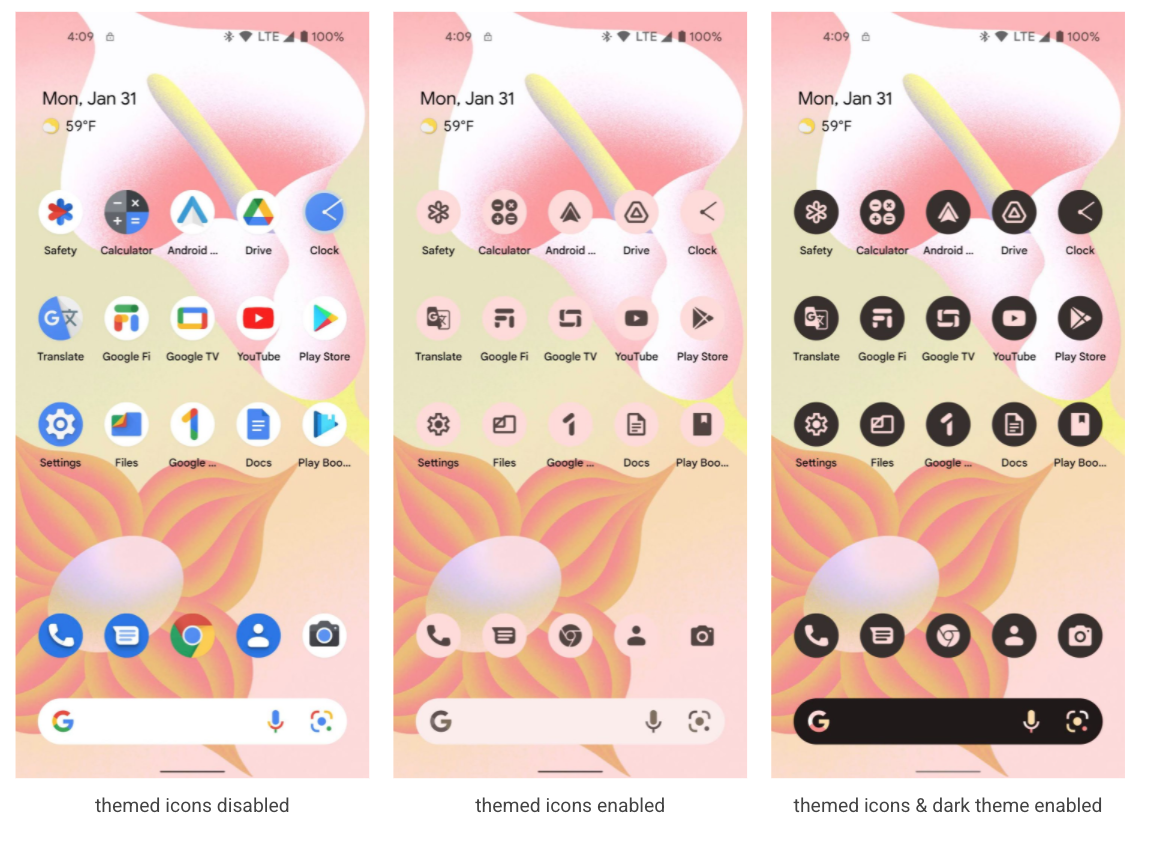 As with previous releases, Google is putting an emphasis on privacy and security here. There is a new system-wide photo and video picker, for example, which allows you to share photos from your local device or the cloud with an app — all without giving that app access to all of your photos. Android already featured a document picker, but not a dedicated photo and video picker. Developers that want to use this feature will be able to do so with a new API and their apps won’t have to ask for permission to view all media on a device.

With Android 13, Google continues its efforts around Project Mainline, its project to make more of the operating system updatable through Google Play system updates without having to wait for vendors to make Android point updates available to their users. “We can now push new features like photo picker and OpenJDK 11 directly to users on older versions of Android through updates to existing modules. We’ve also added new modules, such as the Bluetooth and Ultra wideband modules, to further expand the scope of Android’s updatable core functionality,” the company explains in today’s announcement.

For the multilingual among you, Android 13 will also feature per-app language preferences — or, at least, apps will be able to let you choose a language that’s different from the system language. There will be an API for that, as well as a similar API in Google’s Jetpack library.

In Android 13, Google will also make it easier for developers to highlight that they offer Quick Setting tiles. Apps could already offer custom quick settings before, but unless you knew about them, chances are you’d never seen them. Now, developers get a new API that allows them to prompt users to directly add their custom tiles to the Quick Settings menu. 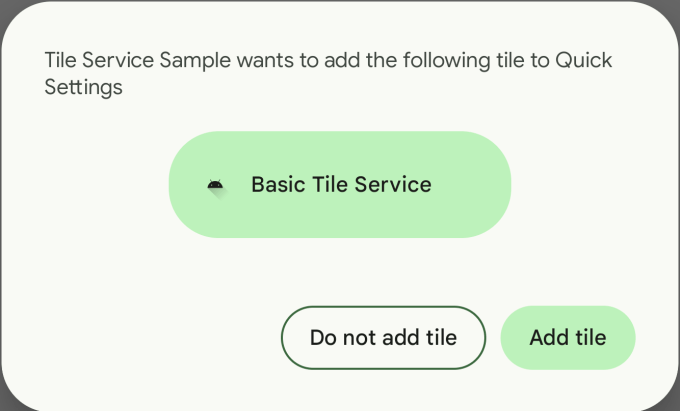 Other new features include programmable shaders, updates to the Android core libraries to align them with the OpenJDK 11 LTS release and — get hyped — faster hyphenation. “In Android 13 we’ve optimized hyphenation performance by as much as 200% so you can now enable it in your TextViews with almost no impact on rendering performance,” Google explains. 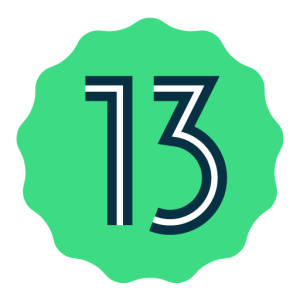 For a lot of the opt-in changes in Android 13, Google now also once again makes it easier for developers to test them by providing a list of toggles to turn them on and off from the developer options or adb.

As usual, these early releases will only be available as downloads, so if you want to give them a try, you’ll have to flash a system image to your phone (after that, you’ll get over-the-air updates). With this release, Google supports the Pixel 6 Pro, Pixel 6, Pixel 5a 5G, Pixel 5, Pixel 4a (5G), Pixel 4a, Pixel 4 XL, and Pixel 4 (sorry, Pixel 3 owners). There will also be a system image for the Android Emulator in Android Studio and generic system images (that is, pure Android) for vendors who want to test that.

How to Improve the Internet Speed on Your PS5

Tiger Global, hit by $17B in hedge fund losses, has nearly…