Linux distributions: an overview of alternatives to Windows Want to break away from Windows? With Linux distributions, this is free of charge.

The open source Linux makes it possible to break out of the Windows universe. We present distributions with which you can surf safely and work in a contemporary way.

A virus attack could be the ideal opportunity to get rid of Windows – and install Linux, which is considered to be more secure.

If you don’t want to do without Microsoft’s operating system, install Linux in parallel and use the OS alternately.

Linux offers advantages, especially when it comes to security: There are only a few malware threats to the system, its descendants (distributions) are generally immune to Windows malware.

You have plenty of choice as there are hundreds of Linux distributions.

Our overview presents promising systems. Like most Linuxes, these are free of charge.

There are paid Linux variants, but they are the exception.

Another advantage of Linux is that there is no need for maintenance work: Windows requires defragmentation (for hard drives) and virus scans.

Programs of both genres are available for Linux, but you usually don’t need them.

You won’t go wrong with Linux Ubuntu: it’s widespread, so you can find a lot of help on the Internet – in wikis and forums, for example.

Similar to other Linux distributions, installation is optional, so try the operating system first in live mode after booting from the data carrier.

Full speed is only possible with the installation. Apart from its PE repair environment, Windows does not offer a live mode. 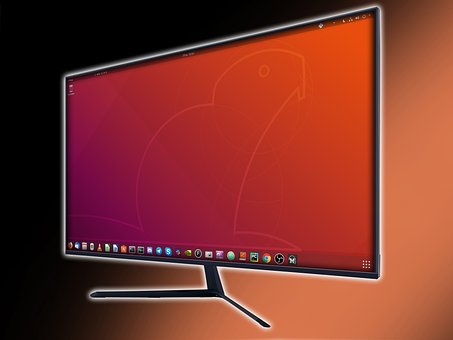 The Ubuntu installation is easier than often thought and sets up the OS in addition to Windows (dual boot) – or as a replacement.

When it comes to design, Ubuntu uses Gnome: It was once used in older versions, then the developer and main sponsor Canonical switched to the in-house development Unity, only to give it up and return to Gnome.

Linux Mint has overtaken Ubuntu in terms of popularity. 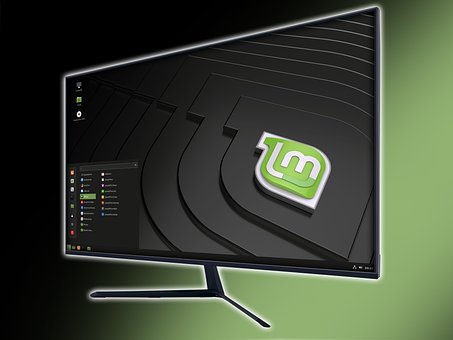 It is based on Ubuntu and, thanks to its interface, is well suited for those who are new to Windows – there is also a start menu here.

You have the choice between different mint variants, which differ in terms of their handling.

Fedora is not the easiest Linux, but it is characterized by the included open source software. It is suitable for users who already have Linux experience and do not like commercial programs.

Linux Deepin appeals to design-conscious users : It imitates the look of Apple’s macOS.

It is uncertain whether Apple will take legal action against it at some point and the distribution will disappear. Therefore, interested parties should stick to it.

Windowsfx WX Desktop is a Linux with a strong visual feel to Windows .

Linux Ubuntu, for example, can be given a Windows design using a theme pack, but Windowsfx gives you this look at the factory.

Anyone who uses an Android smartphone or tablet is (unknowingly) probably already using Linux: It forms the basis for Android.

Experience Linux in its purest form with the distributions listed above.

Important: Despite the security advantages compared to Windows, you do not receive 100 percent protection.

Virus attacks based on EXE files that threaten Windows fail, but exploits (malware) that target holes in installed programs and plug-ins do result their mischief on Linux systems too.

The Windows programs that do not work are brought in by the additional software Wineup and running – practical, but not without risk: EXE malware may work with it.

Due to the recurring Linux / software security gaps, you should install the many updates, some of which appear more often than for Windows, manually or automatically.

In addition to numerous distribution components, the system’s own automatic system for updates even includes programs; Windows 8.1 / 10 automatically only import system and app updates (but not for classic desktop applications).

You install programs using the appropriate applications in your distribution; they are comparable to app stores. 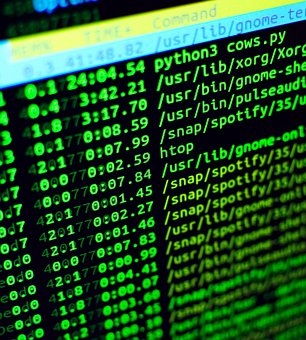 Ubuntu has mastered another avenue for installations: it supports the innovative Snap format and has pushed it well. Installation packages for programs already include all the dependencies (files, libraries) – so you can start up your preferred applications with few complications.

What Does the Hourglass Mean in Snapchat?

Some snaps are larger than classic DEB packages.

The many Linux versions differ depending on the distribution family – sometimes clearly, sometimes in nuances.

The surface style is distinctive: While Gnome is simple, KDE / Plasma is more complex and playful. XFCE gets older PCs that lack performance on their toes; XFCE the GUI ( Graphical User Interface, graphical user interface) is twofold in design and frugal in terms of resources.

Similar to KDE, many users like the MATE desktop as a beautiful environment.

Depending on the distribution, you can choose your preferred optics during installation or afterwards.

In the overview above, you will find Linux distributions that mimic the appearance of Apple’s macOS – the system is usually purchased together with high-priced Apple hardware, so Linux offers savings here.

Speaking of macOS: You can’t just install this on a desktop PC – and it costs money.

Linux can be commissioned free of charge; if Linux causes costs, it is usually used by companies for service support contracts (which you as a private user can do without).

You can try out many Linux distributions without installing them: After starting from CD / DVD (or stick), the system runs in live mode.

There is no installation, Linux runs at reduced speed from the optical drive or via USB.

To install, call up the installation wizard using the desktop icon, for example.

You then have the choice of deleting the content on your hard drive / SSD and reinstalling Linux – or performing a parallel installation (dual boot). 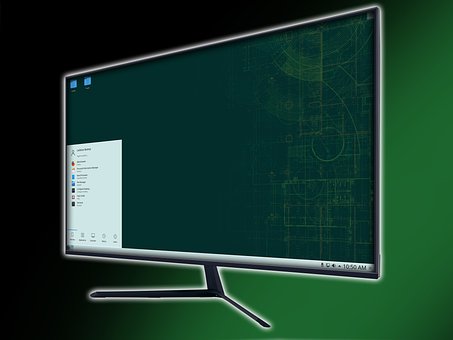 In the latter case, when the PC starts, a boot manager (usually Grub in Linux) asks whether Windows or Linux should start up.

Don’t worry, entry-level distributions such as Ubuntu lower the installation hurdle significantly, the “only for professionals” call only applies to a limited extent.

This accessibility begins with the installation: Some installation routines relieve you of a lot of work, similar to Windows 10, and take care of partitioning that is easy to manage.

If the hardware isn’t all that new, the chances are good drivers are available to ensure it is up and running.

Since Linux kernel 2.6, the speed of SSDs has remained consistently high thanks to the TRIM command. 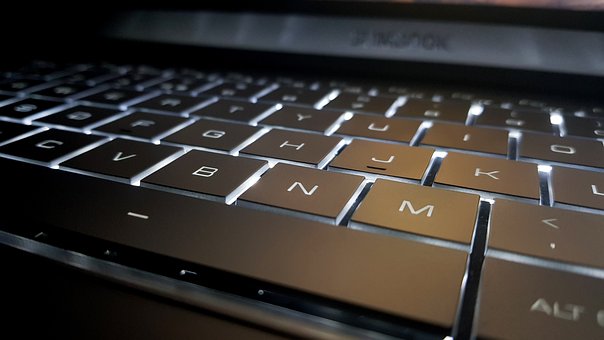 The practical thing is that some Windows restrictions do not apply to Linux: The Microsoft system prevents you from naming files and folders with special names such as “con”.

Linux is not subject to Microsoft’s shackles and masters it.

For such gimmicks and for data backups on a USB medium – if Windows has booting problems – Linux is already suitable in live mode.

The distributions of large providers meanwhile also boot up in UEFI mode without any problems and are not fixated on only booting with BIOS PCs.

Save yourself the trouble of writing each distribution individually on a blank disc using ImgBurn or the on-board ISO burner, which has been integrated since Windows 7.

Better: Use a USB stick for testing and setting up. Need a stick for every interesting system? Unnecessary: YUMI packs several of them onto a USB medium.

The LinuxLive USB Creator cannot do this, it is sufficient for experiments with just one (live) system in question.

If you don’t want to sacrifice a storage medium (temporarily), install your Windows alternative in a virtualiser like VirtualBox.

The application runs operating systems in a Windows window.

The real Windows and the second system, which is Linux in addition to the Microsoft OS, then share the PC resources. 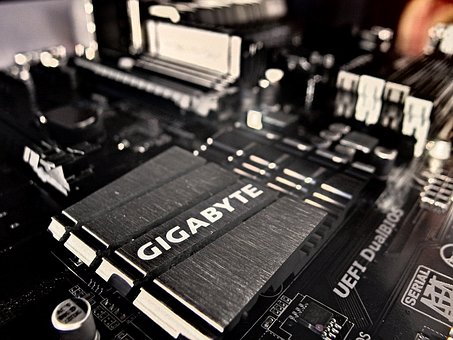 You won’t work perfectly smoothly, but it is reasonably fast for sporadic visits to unknown websites – where Trojans may be lurking.

4 gigabytes of RAM should be the minimum for VirtualBox, depending on the performance requirements of the desired Linux distributions.

Speaking of safe surfing: use VirtualBox under Windows or (less convenient) boot a Linux live DVD. If you choose VirtualBox, you are running Linux instead of Windows for the greatest possible security.

If you want to run Windows programs under Linux, Wine is recommended ; some Linux distributions bring it with them from the factory.

The program name is a recursive acronym: the letters are an abbreviation: Wine Is Not to Emulator.

This works under Ubuntu with the card game ” 123 Free Solitaire”

Note that Wine opens the door to some viruses: Malware from the Windows world sometimes runs in the compatibility tool, so it is better to only load programs into it that you trust.

Incidentally, there is a little bit of Linux in Windows 10: You have been running Linux programs in the Microsoft system since version 1607 (Anniversary Update).

This works via an Ubuntu system that you can get from Microsoft’s App Store app.

What Does the Hourglass Mean in Snapchat?

Uber and Office Depot Team Up to Deliver School Supplies

How to Use Wikipedia in Microsoft Word

Aya Neo Next review: a Steam Deck alternative with Windows